The National Baseball Congress announced Friday it will shorten its 2020 World Series from the normal two weeks to eight days next month.

Through a facility use agreement with the Triple-A Wichita Wind Surge, which operates the new $75 million downtown ballpark, the NBC was supposed to have use of Riverfront Stadium for one week of its tournament. But the Wind Surge’s inaugural Pacific Coast League season never started because of Covid-19 and the season was canceled earlier this month.

In announcing tournament plans Friday, NBC Foundation general manager Kevin Jenks did not give a reason why the NBC wouldn’t be played at Riverfront.

Current restrictions from Sedgwick County health officer Garold Minns limit public gatherings to 45 through Aug. 9, though the county has acknowledged the limit is unenforceable.

Jenks said spectators will be required to wear masks and asked to use hand sanitizer before entering the stadium. Fans are asked to order tickets online at nbcbaseball.com. All-day tickets are $10.

“We hope everyone can be flexible and understanding with the processes we are taking,” Jenks said.

The tournament and NBC Foundation will now be under the umbrella of the Greater Wichita Area Sports Commission, which conducts events such as the Prairie Fire Marathon series, the Wichita Corporate Challenge and an annual sports banquet. 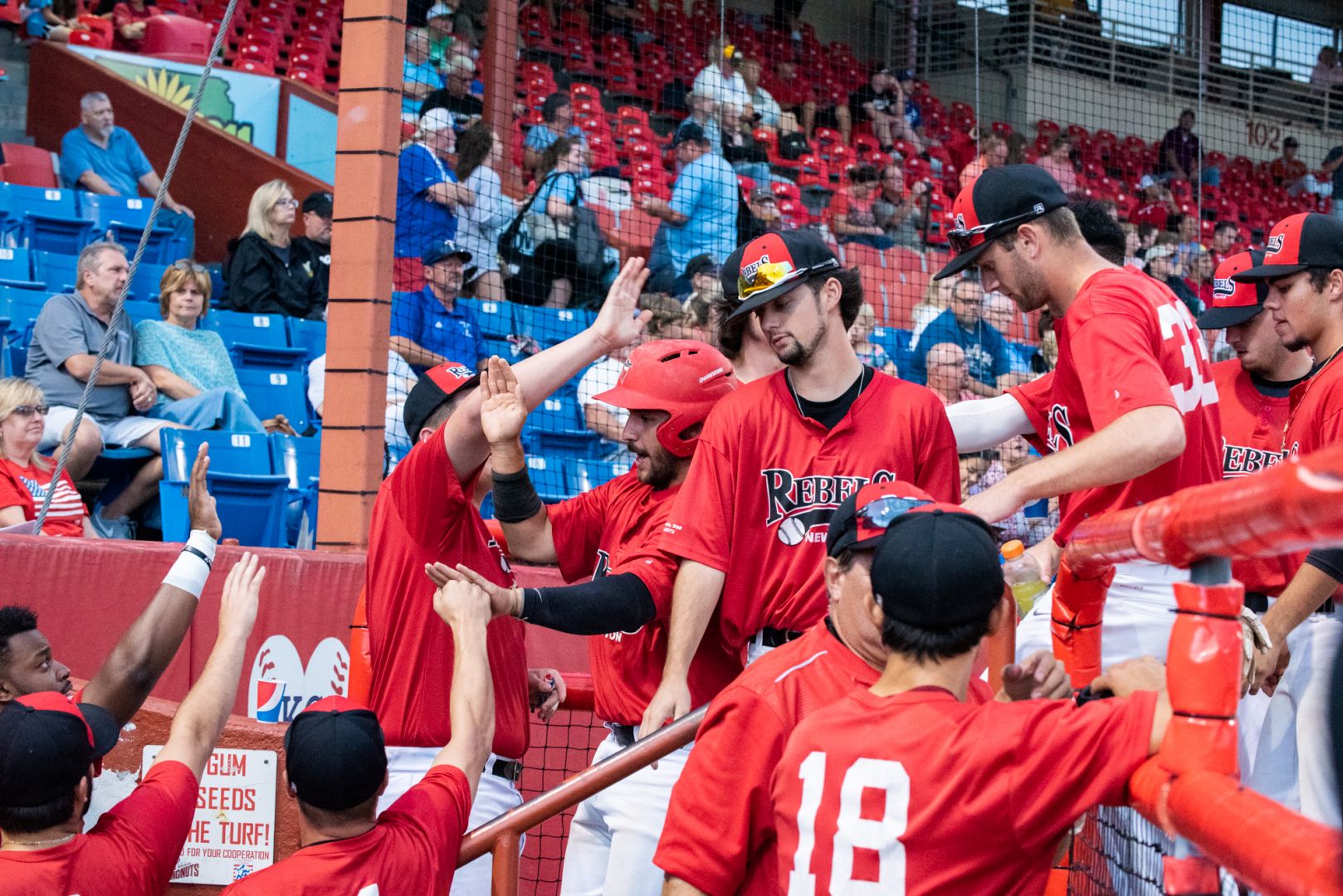 WICHITA — While Wichita’s history has been hit or miss when it comes to minor league baseball, there has been one constant through the years that continues to draw crowds.

Thanks to the ingenuity of one local sporting goods salesman, Raymond “Hap” Dumont, baseball fans have been able to look forward to watching highly competitive, semi-professional baseball in the late summer for nearly a century, with Dumont helping organize the first National Baseball Congress World Series (which will crown its 85th champion later this summer) in 1935.

Back when it started, the NBC World Series attracted many barnstorming and town teams, with Dumont able to rope in future Hall of Fame pitcher Satchel Paige for that first tournament. Now, the two-week championship series (starting the last week of July) features mainly collegiate and amateur teams from across the country, giving up-and-coming players a chance to shine in the spotlight — an opportunity not lost on them.

“It’s definitely one of the biggest stages I’ve been on,” said 2018 NBC World Series participant Jace Snodgrass, who played for the Newton Rebels. “For me at least, hearing the crowd and everything when you do anything cool is just awesome and puts a little more momentum on your side for sure. It’s just a great time all-around.”

For some of those collegiate/amateur players showcased in the NBC World Series, the tournament has proven to be a springboard into the pros — with the tournament having helped launch the careers of more than 800 Major League Baseball players. That includes the likes of current MLB superstars like Aaron Judge, Albert Pujols and Paul Goldschmidt, as well as those of years past — like Mark McGwire and Roger Clemens. The latter even put together a team of former MLB players to compete in the tournament a couple of years ago.

Having the chance to watch those future (and former) stars compete is reason enough to check out the NBC World Series, but there will be a new hook this year — as the tournament will be switching venues following the recent demolition of Lawrence-Dumont Stadium to make way for a new minor league ballpark.

Switching venues has made for one of the busiest off seasons so far, according to Tournament Director Kevin Jenks, but the tournament will not be moving to an unfamiliar site. Wichita State University’s Eck Stadium will host this year’s NBC World Series — after hosting some overflow games in the past — and organizers are looking forward to the potential that host site holds.

“It’s been a good transition and we’re excited about it. It’s a facility that just has better amenities for our players, our teams, our fans and our staff. To me, it’s one of the top five to 10 collegiate ballparks in the country,” Jenks said. “We look forward to playing there and the excitement of utilizing their amenities, that we didn’t have at Lawrence-Dumont, is a big plus for us.”

The history of Lawrence-Dumont Stadium will be heard to replace, according to Newton Rebels General Manager Mark Carvalho, but Eck Stadium is a logical alternative. No matter where it is held, he noted collegiate summer baseball — at that level — makes for a fun atmosphere.

With the host site in flux this year, Jenks admitted organizers have fielded a lot more questions than usual about the tournament. Tough as it is to have to leave the historic Lawrence-Dumont Stadium, Jenks noted the plan is to keep the tournament — one of the longest-running sporting events in the country — going strong in Wichita with hopes of attracting generations of fans to the NBC World Series for years to come.

“It’s our 85th year. Not many sporting events around the country can say that, and certainly to be able to call Wichita home since day one is important,” Jenks said. “From our research, we know that fans who come out one time or two times or three times, we typically have them hooked for life. It’s our job, it’s our duty to make sure they keep coming back, but it really has become a family tradition, I think, for a lot of our fans. That’s what’s really cool.”

“There is a lot of love out there for the NBC,” Jenks said. “When people look forward to your event on an annual basis and talk about it, whether it’s in December, January or here in April, that makes us all smile.”