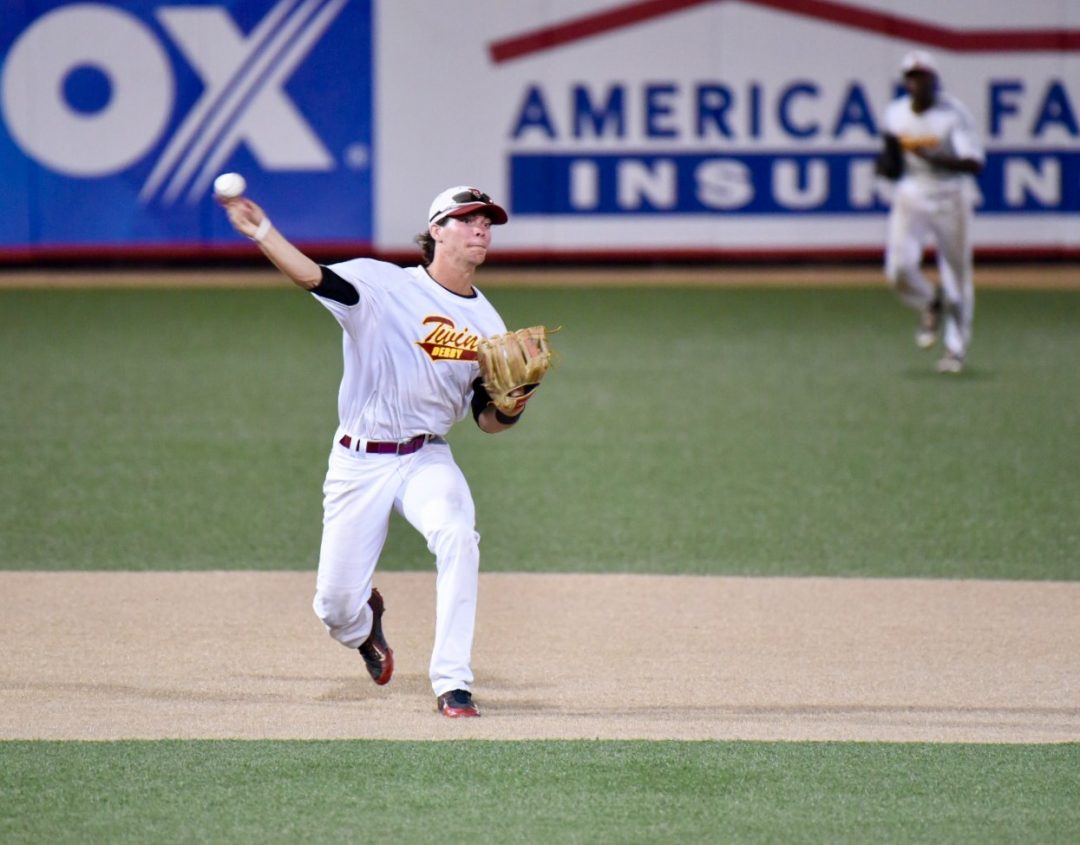 WICHITA, Kan. – The Quarterfinals have their first two matchups set with the final two pairings being decided with the results of Thursdays matchup.

The Kansas Stars (3-0) won Pool A outright and will take on the Derby Twins (1-2) after they nabbed the second spot in Pool C. The Stars and Twins will play the feature game on Friday night at 7pm. Chipper Jones is expected to play through the remainder of the World Series. Tickets are available at Select-A-Seat or at the Lawrence-Dumont Stadium Box Office.

The second matchup will feature the winner of Pool C, the Santa Barbara Foresters (3-0) playing the Everett Merchants (2-1), who have only lost to the Stars en route to a second place finish in Pool A. The time of that game will be announced after all matchups are set.

Two more teams have already qualified for the Quarterfinals as the Cheney Diamond Dawgs (2-0 and in action against the San Antonio Angels now) won Pool B and await the winner of the 9:30pm game on Thursday between the Mulvane Patriots (1-1) and the Wellington Heat (1-1) out of Pool D.

The Pool D winners, the San Diego Waves (2-0) will play the winner of the 7pm feature game Thursday night between the Hays Larks (1-1) and Seattle Studs (1-1) out of Pool B.

The Santa Barbara/Everett, Cheney game, and San Diego Waves game will all be assigned times on Friday at either 1:00pm, 3:30pm, or 9:30pm.

Friday’s Quarterfinals are presented by PEC and the Midwest Hearing Hot Dog Eating Contest will take place before the feature game.

Purchase tickets at Select-A-Seat or at the Lawrence-Dumont Stadium Box Office.