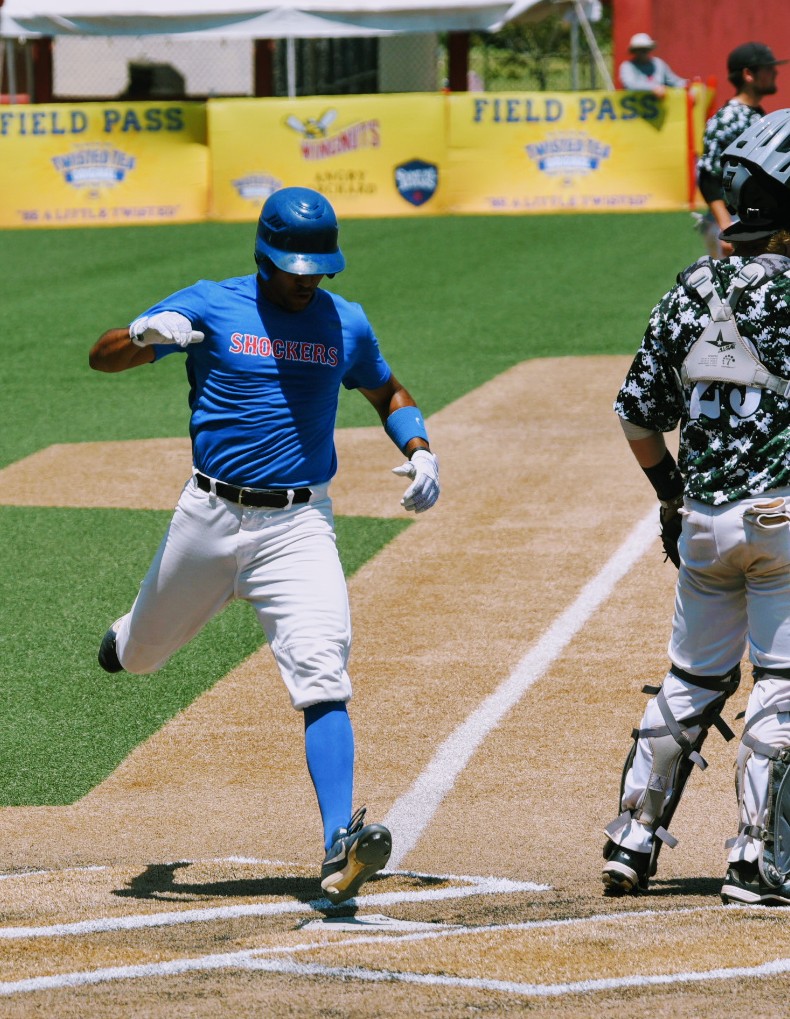 With a game time temperature in the triple digits, the Austin Shockers jumped out to an early lead and never looked back in securing a 9-3 win in the opener of the 83rd NBC World Series powered by Westar Energy. Zach Compton had a pair of hits and scored three times to spark the Shockers. Four other Shockers had multiple hits to back starter Colton Bailey. Bailey allowed just one run in 6 strong innings of work.

After shaking off some early jitters and withstanding five early runs from the Round Rock Express, 316 Elite started swinging the bats. Sparked by a pair of triples from Brody Hanna, 316 Elite put up crooked numbers with a five-run fourth inning and a six-run fifth inning. Nathan Hungate settled down on the mound after allowing some early runs. Kreighton Rogers took it the rest of the way with 3.1 scoreless innings of relief.

The featured game was full of drama after the local Mulvane Patriots saw an early 5-0 lead dissapear. Mulvane got to the Bandits’ starter, Wichita State pitcher, Preston Snavely for five runs before he locked in and gave the Bandits time to respond. The Bandits response included the first home run of the World Series off the bat of Isaac Bracken. But the Patriots bullpen, led by Jared Price’s three innings of scoreless relief, held tight. Aaron Brown drove in the game winner in the top of the ninth. Ryan Bailey secured the final three outs, and the win for the Mulvane Patriots.

Marcus Catalano completed three legs of the cycle, just missing a home run, and teammate Gilbert Valenzuela added three hits of his own as the Northwest Boom (AZ) pounded out 13 total hits in a 5-3 victory over the Valley Center Mud Daubers. Cesar Dominguez was a magician working around eight hits and a walk in 6.2 innings of work, only allowing one earned run. Zach Bailey was 3-4 in the loss for the Mud Daubers.